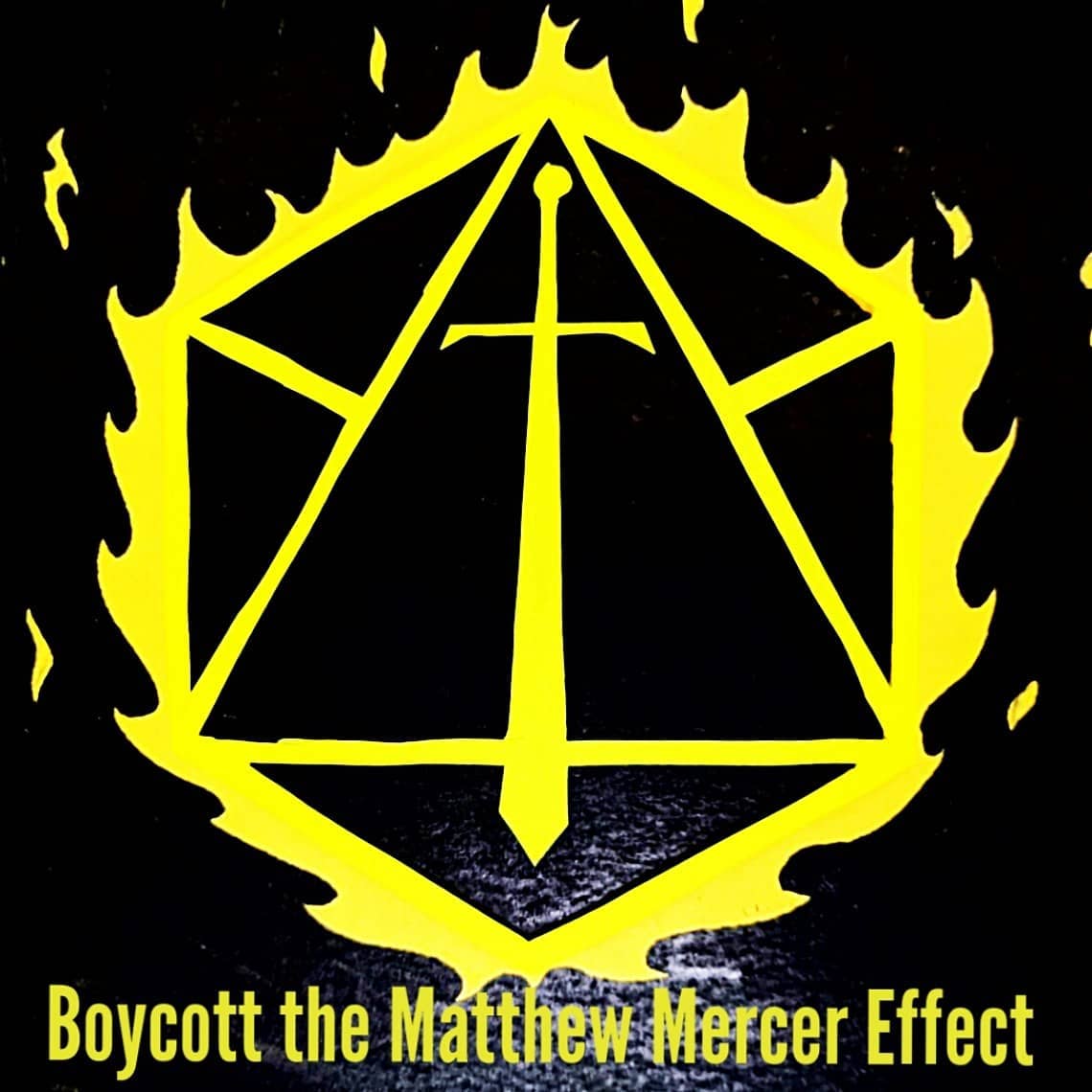 The MME is often used to describe obnoxious players that berate their DMs for not running a game similar to produced D&D performances like Critical Role, Dimension20, or The Adventure Zone. I am sympathetic; it is easier to explain away a conflict than to resolve it head on. However, it is impolite when we shift that blame to another person and it becomes tasteless when that person has acted as a significant catalyst to the table-top roleplaying game renaissance we are experiencing today. The next time you hear or see someone use the phrase Matthew Mercer Effect, challenge them. It is rude to blame Matthew Mercer for the problems in your group and complaining about him and Critical Role certainly isn’t going to solve them. 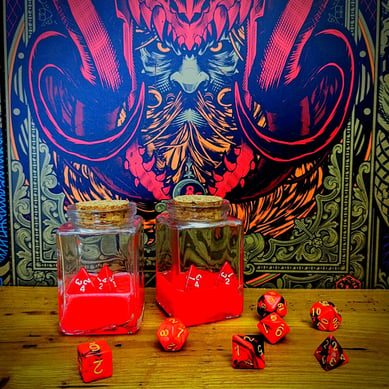 The MME has an innocuous definition that differs from its mostly negative colloquial use:

The phrase first became mainstream after the Reddit post: “How do I beat the Matt Mercer effect?” The poster describes that some of their players first “got interested in D&D because of Critical Role.” Their players are taking the game very seriously and posting videos and materials about how to play the game better. When the poster runs the game in a different way from Matthew Mercer on Critical Role, the players contrast the way Matt does it. Many readers fixate on the rude behavior of the players described in the post and make parallels to their own problem players. However, in doing so, they miss the point.

“At some point, the unrealistic expectations are going to clash with reality. How do you guys deal with players who've had past DM's they swear by?”

The point of the Reddit post is not to rag on players with unrealistic expectations, but to ask for help. They ask for advice on how to communicate with those players and transition them from Matt’s DM style to their own. The community took the catchy phrase and ran with it, mutating and inverting the author’s original meaning. Instead of discussing how we as DMs can more accurately set player expectations as to what D&D is and will be like at our own tables, we lament and bad talk people that have expectations informed by the example set by Critical Role.

“If only those players had never seen a professional example of what D&D can be, then they would be satisfied with the game at my table.” /s

The MME is a Passphrase 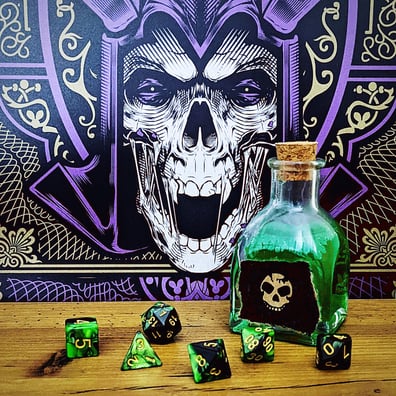 The discourse around the MME has morphed from an attempt to correct mismatched expectations into a Shibboleth. A Shibboleth is a code phrase of sorts for the “old guard” of D&D to identify one another. When you occupy certain corners of the D&D world, voicing dislike for Critical Role is a way of telling each other “I’m one of you. I get it.” The irony is that this often baseless and flippant dismissal of Critical Role and Matthew Mercer as some disease that is ravaging the hobby could not be farther from the truth. Stop using the phrase the Matthew Mercer Effect, to anyone with an even remote understanding of the TTRPG hobby and business; you appear uninformed and obtuse.

Matthew Mercer is a welcoming ambassador to Dungeons and Dragons. Critical Role and other popular D&D shows have attracted hundreds of thousands of new players and increased the demand for freelance writers and game designers. Some folks have always been disappointed by D&D or the style and tone of the game run by a particular DM. Some groups emphasize role play in their games. Other groups solve every encounter with combat. Some groups run a very silly game where everyone is a potato trying to defend the free world from the Frive Mind. It is not shocking that across these spectrums there are some tables that might be a great fit for an individual and a horrible fit for another. This is not a new problem introduced by the sudden popularity of Critical Role. At least now we have a larger more outspoken player population than ever before to find groups that fit our preferences.

The real “Matthew Mercer Effect” is that more people are playing a more diverse variety of Dungeons and Dragons than ever before.

Some of the most outspoken voices against Matthew Mercer claim that DMs are afraid to even try running the game because of the amazing example set by Matt. I cannot believe that this concern has any credibility whatsoever. Would we give any credence to someone afraid to try acting because of the impressive example set by Hugh Jackman and other critically acclaimed stage performers? Of course not.

Some people see Critical Role and exclaim that it isn’t an accurate depiction of what D&D is. “Dungeons and Dragons is about friends sitting around a table goofing off, eating snacks, and slaying orcs.” Maybe at your table, but who are you to prescribe what the hobby should be for everyone else? If there are people who want to inject elements of improvisation into the game, let them. If they end up at your table, maybe you can experiment with a new style. Some tables benefit from a mix of players with different roleplay styles. If that isn’t how you want to play, no problem. If it is most important to them to play with other folks that are going to commit to a character voice, it is easy to point them in the direction of Critical Role Discord communities that are playing that style of D&D.

Dungeons and Dragons is a HUGE time commitment. That is time that could be spent with family, furthering our career, improving our health, playing different games, or playing Dungeons and Dragons with a different group. Thank god we have some examples to compare our experience to. Now we know that the game can be different from what we have experienced at our own tables. It took me years, many different groups, and a lot of growing as a player and DM to eventually seek out a group that felt worth the time commitment. Even then, we need to consistently communicate and compromise with each other to create a game that we all want to play. 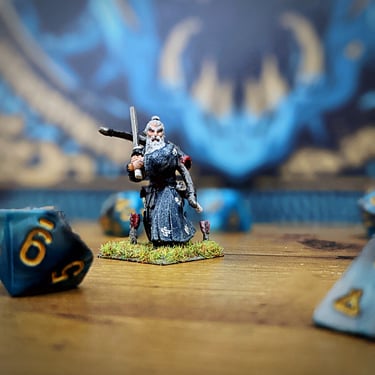 To all the Dungeon Masters: If your players are voicing discontent with your game in a respectful manner, listen to them. Try to experiment with ways that you can provide an experience that is worth their time. If they are rude, or there isn’t overlap in the game they want to play and the game you want to run, that is totally fine. Finding a group and game worth dedicating entire weeks of your life to should require a high degree of experimentation, communication, and collaboration. I walked away from a game with the best DM I had ever had because the group dynamic was not what I was looking for. We were all better off for it.

To all Players: Be patient. If you are new, revel in this special time. You only get to slay a dragon for the first time once. The tradeoff is that you likely suck at the mechanics and role-playing. It took your DM hours of time to prepare that game for you. It is a gift. Offer respectful criticism and positive feedback, and be open to it in kind. I was an insufferable player that always thought I was the main character before I started to practice generosity at the table. You aren’t entitled to the Critical Role experience. All we can do is be thankful for every opportunity to practice and get better.

The next time someone mentions the Matthew Mercer Effect to you, do not just nod along to prove to them that you get it, that you are a part of the D&D old guard. Respectfully challenge them to be critical of their communication with their players. Are their players just rude and toxic people that should be asked to leave the group? Do not allow them to blame Matthew Mercer for the poor behavior of individuals who happened upon the hobby via a popular D&D show. Challenge them to communicate with their players and to create an experience that synthesizes all that the group has to offer.

The legacy of Matthew Mercer should be one of humility, generosity, and adventure.