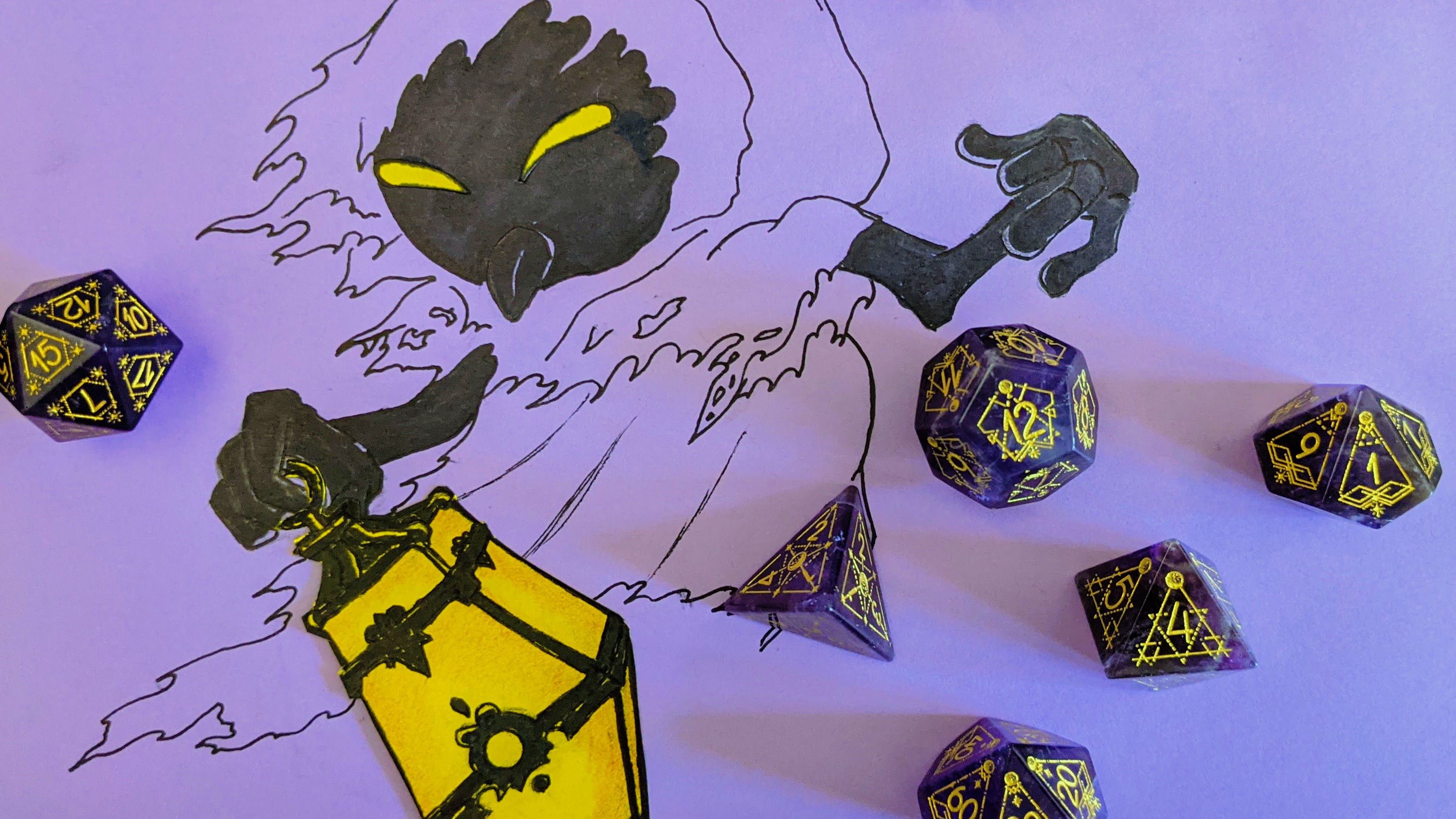 If you show up to a brand new campaign and half the creatures you interact with are ghosts, you’ll know real quick you aren't in Kansas anymore. Maybe the first ghost you meet had been around so long, they’d witnessed the first human ever born! That’s the kind of thing that gets me excited to play Dungeons and Dragons. So I made some rules for my ghost-inhabited world.

Now when your players visit the local magistrate to find out where their friend has been imprisoned, they’ll see the translucent body of a gnome poking its head into a locked cupboard. A voice echoes from behind its wooden doors, “I think I can help you with your current predicament.” I love that. To me, that’s a world where magic makes a difference. Where the players ask each other, “Can we get an ally that possesses people for our mission?” It’s not just rare things that are magical, the setting itself is magical.

I primarily come to the table to do improv and be silly with my friends. But I also come to the table for escapism. My favorite campaigns force me to think and act differently in a world full of magic. A world where some people greet you by holding your face instead of shaking your hand because they’ve been fooled by disguise self before. A world where my cleric cannot enter the town without first reporting to the infirmary for mandatory healings. I love having the kinds of rules that aren’t driven by dice, but emerge from living in a magical society.

Getting Inspiration From the Monster Manual

One of the ways I like to make the world feel magical is to just add a random monster to the town. The monster’s not haunting the town or anything, they’re just another citizen. So I’ll peruse the Monster Manual until I get some inspiration. I’ll see something like The Grell which has a pretty high intelligence. And then I’ll ask, “How can I make a floating brain with a beak and electric tentacles a part of this community?” And I’ll come up with some story where this Grell lived underground and had to flee it’s home when people started mining there. And maybe its tongue was damaged so it couldn’t easily prey on other people. Now it runs a shop that sells stuff only a Grell could sell. Like Intellect Devourers you can buy as pets. Gross. 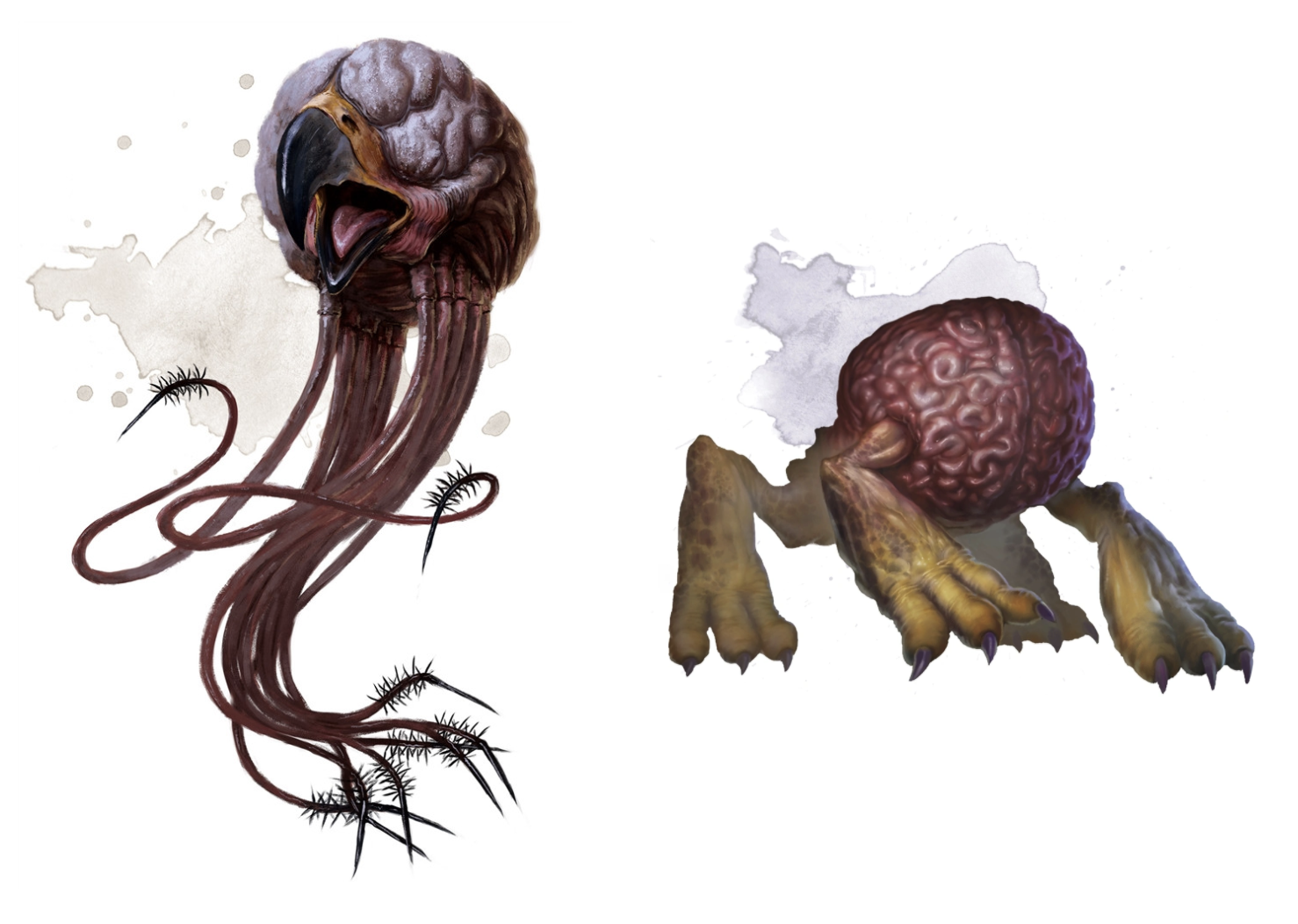 So I was perusing through the Monster Manual to find inspiration and I looked at the Ghost stat block again. They’ve got an intelligence of 10, not bad. And who doesn’t like a friendly ghost? Possession is a cool mechanic, too. It’s scary in a fight, but it can also be a surprising reveal outside of a fight. What would my players do if they had an ally that could possess people? Would they use it as a tool? Or would it be too unethical for the more good-leaning characters. Then I read this sentence, “A ghost is the soul of a once-living creature, bound to haunt a location, creature, or object from its life.” I had a flash of inspiration. Ghosts could be around for centuries! Millenia even! A ghost could have seen the calamity with their own eyes. A ghost could know the location of ancient powers. A ghost could have watched every member of a town grow up. And the parents and grandparents and great grandparents of every member of town. A ghost that was involved in the town would know everything about it!

More Resources to Check Out

I hope your wheels are spinning. A world full of ghosts is a world full of immortal souls that can phase through walls and hide amongst the living. There are lots of places to find inspiration for how your ghosts interact with the world. I definitely have taken inspiration from MCDM’s campaign, The Chain of Acheron. It’s set in Capital where a whole section of the city is ruled by undead! You should also definitely check out Matt Mercer’s Lingering Soul subclass. I can’t imagine a better way to introduce your players to a ghostly world than having a ghost in the party.