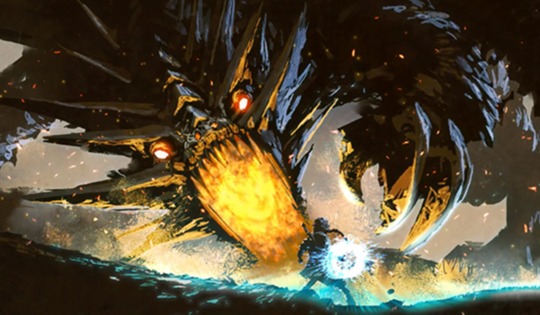 What is Objective-Based Design?

“The lock is magically sealed in two places! Brendon, Eloise, hold off those zombies while I figure this out. Save your strength! I can hear the Necromancer’s ritual on the other side of the door.”

Objective based design is a holistic method of creating encounters with a set of goals for the party planned out. An objective-based combat starts the players off with an immediate goal, then changes the conditions of the enemies or terrain to create multiple alternate objectives.

Take a look at these examples to see how each player’s turn could be different than the last.

The only cure for a serious disease is found in an Aboleth’s tooth. But the twenty Aboleths in the sea swim together in a pack.

A dragon sets the town square on fire, and a group of prisoners escape in the aftermath.

Should I Mix Up My Combats?

A useful indicator of your combat’s dynamism is whether your players use their movement speed. Turn-based combat can leave players unengaged for long stretches of time. If a fighter or barbarian swings their sword for two turns in a row without moving, then they probably don’t need to be paying attention between rounds. The most memorable combats force players to prioritize new information introduced each round. Players often respond to changing circumstances by moving.

How To Change Objectives Mid-Combat

There are two conditions that are easily adjustable as the DM while still feeling natural and believable to the players: the state of the enemies, and the state of the terrain. In both cases, the combat reaches a turning point where the enemies have to change tactics, or the party has to divert their attention, creating a dynamic arc to the combat for both the players and the DM!

The enemy takes a hostage

Taking a hostage is a great way to pause a combat on a dime! I love when a full round goes by where every character gets a chance to talk and hold an action for a trigger of their choosing. You can turn this up a notch by taking an unconscious player character as hostage!

Give the enemies and advantage

If there is a significant buff to the enemies or a significant obstacle for the party, the encounter will have two natural phases. First the party removes the buff/destroys the obstacle, then they start the combat in earnest. Examples:

The boss runs through their stronghold

When an adventuring party explores a dungeon, every room has the potential to present a different challenge. Now take your favorite dungeon/cathedral/mage tower, put the boss in the very first room, and let your players chase them before they get away. They’ll only have 6-12 seconds to explore each room, and they’ll have to deal with whatever lurks around the corner on the fly. Turn those Dungeon Crawl Classics into Dungeon Crawl Combats!

New terrain is nearby

The monster is fleeing toward an underwater trench or a murky poison swamp. Once the monster reaches its preferred terrain, the players are going to have to figure out how to fight it on the monster’s terms.

The terrain is fragile

Lure the party to an underground cavern. If their ranged attacks and spells miss, the cavern slowly starts falling apart. Each round of combat could bring a cave-in, acid pool, or rising water levels one step closer.

More Than Just a Bag of Hit Points

Objective-based design creates combats where your enemies’ health is one part of a big moving puzzle, rather than the single focal point for two hours of your night. But epic battles against campaign-defining monsters are a classic D&D experience–we don’t want to lose those!

Inside MCDM’s massive kickstarter monster book, you’ll find Action-Oriented Monsters using different attacks/maneuvers/battle effects between players' turns to take on a large adventuring party. Here at Running Off the Rails, we’ve got a kickstarter with another tool you can use to keep everyone at the table on their toes during a big boss fight.

A Legendary Eminence is a powerful ability or feature that becomes weaker or inactive when a monster uses a legendary resistance. Za’Ul the Lich is surrounded by sickly mists that sap the strength from any who enter. When combat begins, the eminence is at full strength and it could be difficult for melee attackers to engage. Now the whole party has the objective to target these legendary resistances. Players won’t ever be disappointed by monsters simply "choosing" to succeed against their most exciting abilities. Every legendary resistance down brings the party closer to the fight. And each change in the Legendary Eminence creates a new phase of combat.

We think Legendary Eminences make each legendary resistance feel meaningful and narrative instead of being an anti-fun polymorph insurance policy. For that reason alone, we think they’ll be a great addition to your campaigns. If you want more details about Legendary Eminences, the core rules and 2 Celestial Emincences are available in a free sample on the Kickstarter page.

For more talk about objective-based combat, listen to our podcast episode Changing Objectives In Combat